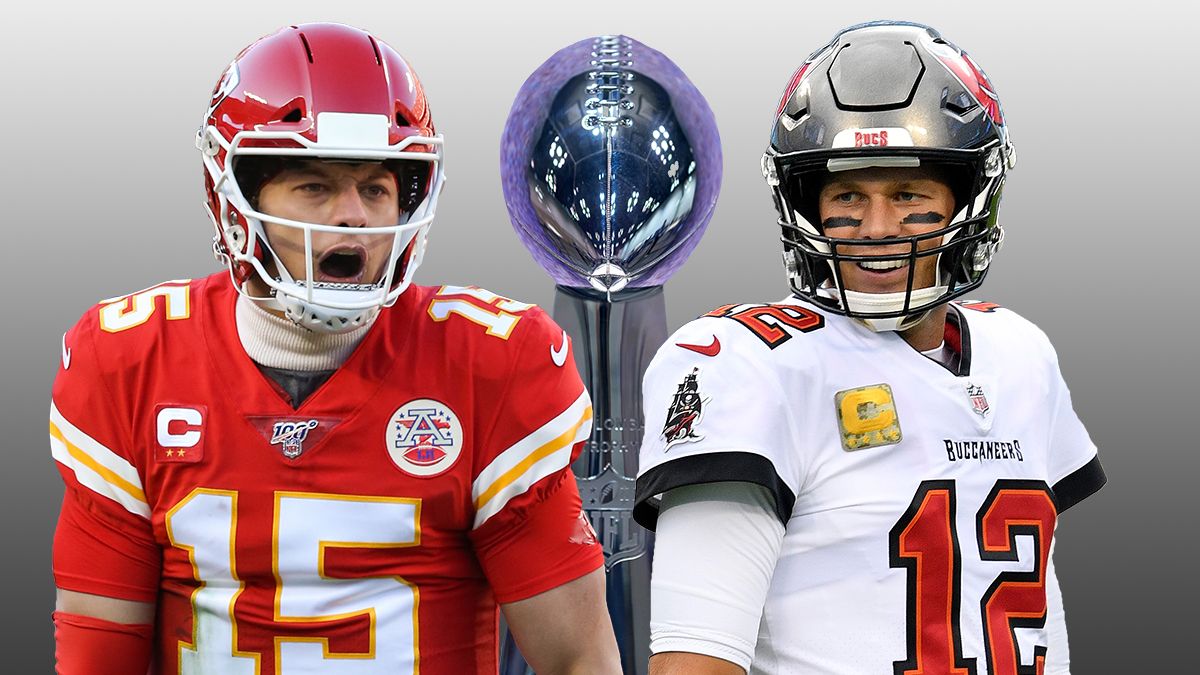 Super Bowl LV arguably has one of the most intriguing quarterback matchups of all time with Brady, who is in his first year with the Buccaneers after spending 20 seasons — and winning six Super Bowls — with the New England Patriots, and Mahomes, who in his fourth season aims to become the youngest starting quarterback to win multiple Super Bowl titles.
Mahomes and the Chiefs also are looking to become the first team to win back-to-back Super Bowls since Brady and the Patriots won Super Bowls XXXVIII and XXXIX in the 2003 and 2004 seasons.

The Kansas City Chiefs and Tampa Bay Buccaneers will face off in Super Bowl LV, and it’s a matchup for the ages. The NFL’s best quarterback, Patrick Mahomes, against the NFL’s best quarterback of all time, Tom Brady. Two historically potent offenses attempt to cap off a season of offensive fireworks. And two teams with different team-building philosophies meet with everything on the line. 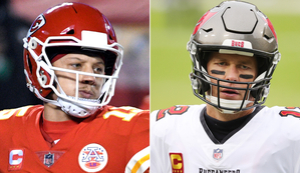 Related Article: ‘Like LeBron and Jordan playing in the Finals’: It’s Tom Brady versus Patrick Mahomes in the Super Bowl’

Tom Brady and Patrick Mahomes will meet in Super Bowl LV on February 7 after leading their sides to victory on Championship Sunday.
Brady’s Tampa Bay Buccaneers stunned the red-hot Green Bay Packers 31-26 in the NFC championship, while Mahomes’ Kansas City Chiefs defeated the Buffalo Bills 38-24 in the AFC championship.

And given the 18-year age difference between the two star quarterbacks, fans are thrilled at the idea of 43-year-old Brady facing off against 25-year-old Mahomes in Tampa Bay in two weeks.

Is the Buccaneers making their second Super Bowl Title or the Chiefs going to become the eighth team in NFL history to defend their Championship? If you are looking for a championship ring of your favorite team, please click HERE.

Flash back on some of their past Super Bowl Moments

Summary: For the fourth straight year, the AFL representative was a double-digit underdog. And for the second straight year, the underdog came through. The Chiefs were dominant, outrushing the Vikings 151-67 and forcing five turnovers. Len Dawson played it close to the vest on an overcast day and went 12/17 for 142 yards, more than half of it going to Otis Taylor. In the final year before the AFL-NFL merger, the AFL had established they belonged.

Summary: It was a study in contrasts, with the physical 49ers taking on explosive Mahomes. But Kansas City showed they could run the football. Damien Williams gained 104 yards. The first half saw the combatants cautiously test each other and it was tied 10-10. San Francisco’s ground game and defense seemed to be getting control when they took a 20-10 lead with under ten minutes to play. But the Chiefs drove the field twice for touchdowns and the lead. A 49er drive to midfield was stopped on downs and KC sealed the game with one final scoring jaunt from Williams.

Summary: For the second time in three years, a historically great defense was the story at the Super Bowl. The Bucs shut down the Raiders on the ground, holding them to 19 rush yards. Tampa then forced MVP quarterback Rich Gannon into five interceptions. Two of them came from Jackson. The other three were all returned for touchdowns in the second half when the rout was on. The Bucs led 34-3 in the third quarter and only some garbage-time points allowed Oakland’s offense to salvage any respectability.