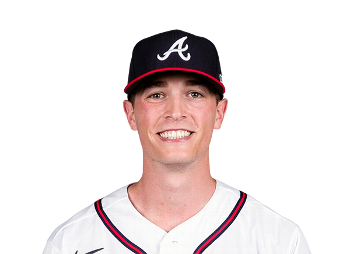 Max Fried has won one world series ring as the Atlanta Braves in the 2021 season.

Drafted in 2012 by the San Diego Padres in the first round, seventh overall,

Through 2021, Fried was second in win–loss percentage of Braves career leaders, at .690.

Fried pitched 6 shut-out innings in the final game of the 2021 World Series against the Houston Astros, helping lead the Braves to their first World Series title in 26 years.

Furthermore in 2021, he won the Gold Glove Award again, as well as Silver Slugger Award for pitchers.

Becoming the third pitcher in MLB history to win both awards in the same year.

He was also named to the All-MLB Team of those two years.

Fried was called up to the Atlanta Braves on August 5, 2017.

He debuted on August 8, throwing two scoreless innings against the Philadelphia Phillies.

This displaying what David O’Brien of The Atlanta Journal-Constitution called “a devastating curveball”.

At the end of the 2017 season, Fried joined the Peoria Javelinas of the Arizona Fall League, for whom he was named league Player of the Week on October 31.

Furthermore, he ranked first among starters with a .163 opponents’ average, was second in fewest-baserunners-allowed-per-nine-innings.

Adding to that, Max Fried was named to the AFL’s Top Prospects Team.

Also, baseball America rated him # 3 on the AFL Hot Sheet.

While in December, Braves manager Brian Snitker said that he might look at Fried, Lucas Sims, or another pitcher as the team’s fifth starter in 2018.

Going into 2020, Freddie Freeman predicted that Fried would be: “phenomenal, better than last year.”

During the season Fried developed into the ace starting pitcher for the Braves.

His four pickoffs through September 6 were the most in the majors in 2020, and he needed only 12 pickoff attempts to do so.

Since his major league debut in 2017, Max Fried’s 14 pickoffs were the most in the majors, and he was successful on 19% of his attempts.

In that same time-span, pitchers in all of baseball had been successful in picking off runners in only 0.017% of attempts.

Fried started the season by becoming the first left-handed pitcher to not allow any home runs through eight starts, with his team winning every game, since Babe Ruth in 1917.

On defense, Max Fried led all major league pitchers in assists for the second consecutive season (with 15), tied for the MLB lead in pickoffs.

With 4; with his 9 in 2019–20 he was tops in major league baseball, and led all pitchers with five Defensive Runs Saved.

He also won the 2020 Fielding Bible Award at pitcher.

The award honors the top fielder in the Major Leagues at pitcher.

This led him came in fifth in voting for the 2020 NL Cy Young Award.

On top of that, he was named a starter on the 2020 All-MLB First Team.

His first career complete game shutout was a Maddux, pitched against the Baltimore Orioles on August 20, 2021.

His 1.76 ERA and 0.84 WHIP in the second half of the season were the best in the major leagues.

Therefore, he was named the National League Pitcher of the Month for September, after posting a 1.54 ERA.

In 28 starts he threw 2 shutouts (leading the league),

His 8.584 strikeouts/9 innings were the 11th-most in Braves history.

While his slugging percentage ranked second. He scored 7 runs (2nd), hit three doubles (2nd), and drove in 5 RBIs (6th) in 55 at bats, had the second-highest exit velocity of all pitchers (90.3 mph), had 8 sacrifice hits (8th of all players), and was called upon to pinch hit four times.

For the second consecutive season he tied for the major league lead in pickoffs (6).

In the three years in which Fried was a starter, from 2019–21, he led all National League pitchers in wins (38), was tied for the lead in shutouts (2), was 2nd in the vertical movement

While on defense, he led all NL pitchers in assists (86).

Fried won the final game of the 2021 World Series ring with six shutout innings against the Houston Astros, who had led the majors in batting average and runs for the season, with Houston’s three-time batting champion Jose Altuve observing: “He was almost unhittable.

Fried won the 2021 NL Gold Glove Award at pitcher, winning the award for the second year in a row.

Through 2021, of the Braves career leaders, Fried was second in win–loss percentage (.690; behind Russ Ortiz and ahead of Greg Maddux).