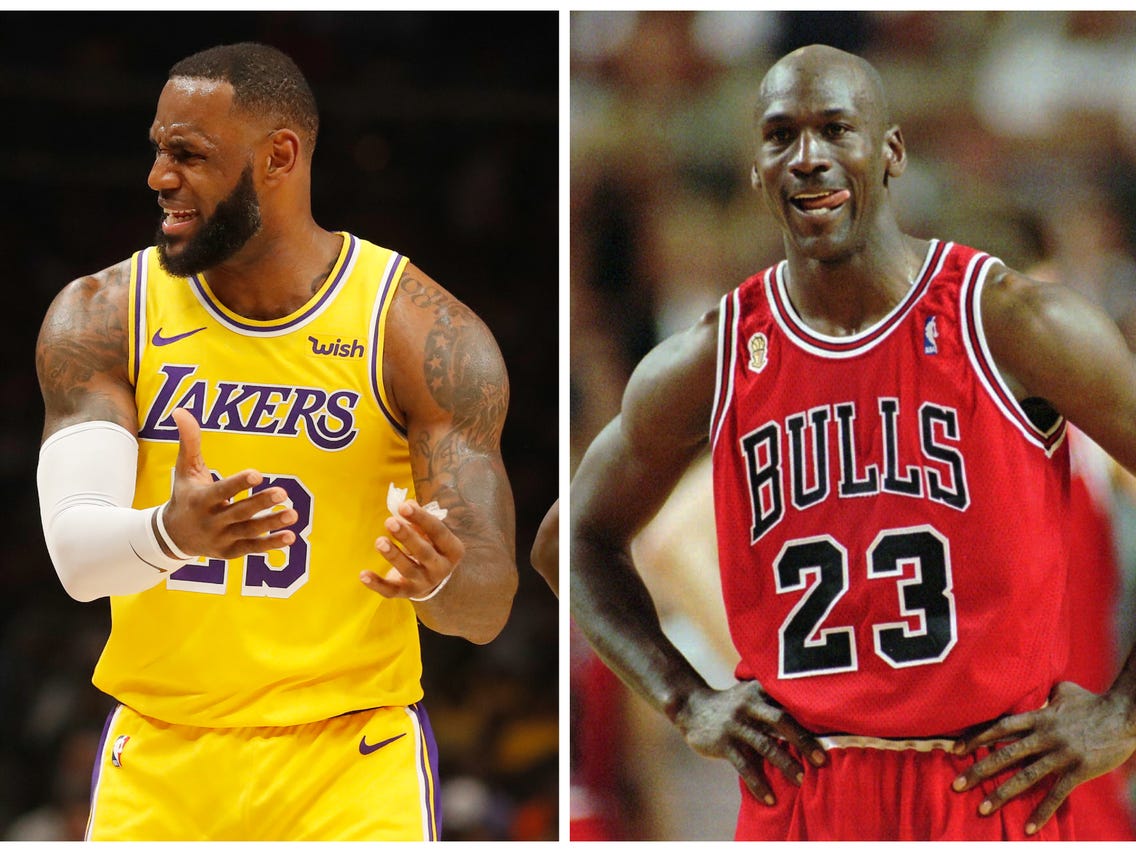 The ESPN documentary series “The Last Dance” showed a younger generation of NBA fans that Michael Jordan is much more than a guy who sells retro sneakers. For those who witnessed Jordan’s greatness over the course of two three-peats with the Bulls, it reinforced the belief he is the greatest player to ever touch the court.

A current star has complicated that GOAT (greatest of all time) conversation, of course. There is an argument to be made for putting LeBron James over Jordan, and James’ case only grew stronger after he led the Lakers past the Heat in the 2020 NBA Finals

MJ vs. LeBron, we’re simply here to provide the facts you need to justify your choice. Don’t be the person yelling “six rings” with no backup plan.

Here’s a closer look at where the GOAT debate stands …

Jordan is superior in the scoring department, but James grabs rebounds and dishes out assists at a higher rate. While both players are known for tenacious defense on the wing, Jordan finished first in the league in steals three times in his career. James has not yet claimed a steals title.

In terms of longevity, James holds a clear advantage. The gap in total numbers will widen as long as James stays healthy, and he doesn’t appear to be slowing down at age 36.

It’s all about which category you choose when it comes to advanced statistics. VORP and Win Shares favor James, but PER and Box Plus/Minus go to Jordan.

The playoff statistics mirror what Jordan and James produce during the regular season. Despite James’ increased usage and efficiency from beyond the arc over the course of his career, it’s worth noting he shoots about the same percentage as Jordan from 3-point range.

Oh, and the lazy narrative claiming James shrinks in big games — his postseason lines are often more impressive than his regular-season performances. That’s not a smart way to argue against him.

Jordan is the all-time playoff leader in PER and Box Plus/Minus, and he has the highest usage percentage. But James tops everyone in VORP and Win Shares.

And here’s the big one. Jordan fans have championships in their back pockets. MJ went a perfect 6-0 in the NBA Finals and never needed a Game 7 to win those series.

James has gone 4-6 in his 10 NBA Finals appearances, but he also controlled the Eastern Conference with the Cavaliers and Heat for almost an entire decade.