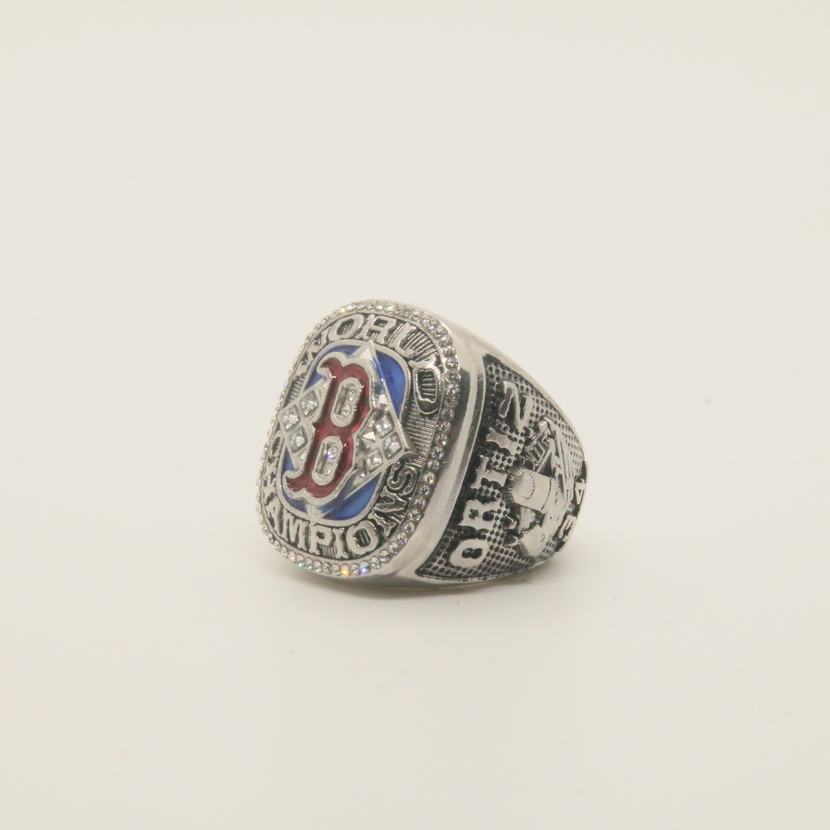 The Boston Red Sox won their 2004 World Series Ring by defeating the St. Louis Cardinals 4-0 in the World Series Final.

Furthermore, winning this World Series Ring was extremely meaningful to the Boston Red Sox as this was the first since 1918, ending the Curse of the Bambino.

Its popularly known as the Boston Red Sox’s first trip to the World Series since 1986 and their first world series ring since 1918.

David Ortiz had a home run and a five out save by Keith Foulke helped the Boston Red Sox win game 1.

Later, winning game 2 thanks to six innings from starter Curt Schilling. The Red Sox won the first two games despite committing four errors in each of them.

In game 3, seven innings from Pedro Martínez where he did not allow a run helped the Red Sox won.

A home run by Johnny Damon in the first inning won game four for the Red Sox to secure series. The Cardinals never led in any of the four games in the series and trailed at some point of every inning in all four games.

Lastly, Manny Ramírez was named the Most Valuable Player of the series.

The Boston Red Sox 2004 World Series Ring was carried in by the US military personnel who have served in Iraq and Afghanistan along with the World Series Championship trophy in Fenway Park on April 11, 2005.

As part of their trip to the White House after winning it all, the Red Sox visited with veterans at the Walter Reed Military Medical Center. It was that visit that resonated most with the players, and the Red Sox wanted to capture that again in their glorious celebration back home. Who better than veterans from the hospital, those who risked their lives for the freedom of everyone back home, to bring out the long-awaited championship rings.

The ceremony, though, took a little bit longer than expected. The 2004 team received their rings, but there was one more very important person who had waited their entire life for such a prize: Pesky. Mr. Red Sox Baseball, though, was a little delayed getting out of the dugout.

How much is a Boston Red Sox 2004 World Series ring worth?

Now, lets jump into the question that many have asked. How much is the Boston Red Sox 2004 World Series Ring Worth?

The ring was one of 235 pieces of memorabilia belonging to the longtime Red Sox player, coach, broadcaster, mentor and legend that were up for auction along with other baseball memorabilia.