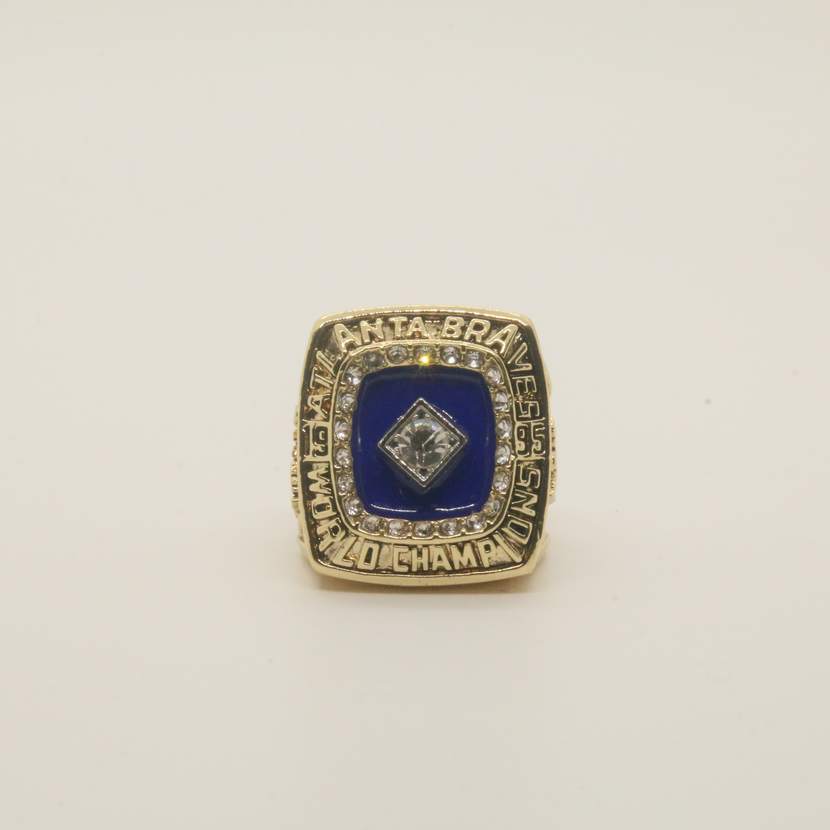 Firstly, the cost of the 1995 Atanta Braves World Series ring cost at an estimate $1800 featuring a championship ring made of 10k yellow gold.

Furthermore, a replica 1995 World Series game is given to the fans in their opening game in 2022 after winning the 2021 World Series.

Front of the World Series ring

On the front of the ring, it features a 3/4 carat center diamonds gemstone, surrounding by 18 round diamonds. Along with words ‘Atlanta braves World Champion’ on the top and bottom of the shank.

In addition, world series year ‘1995’ was engraved on the left and right of the shank.

Team side of the ring

This side of the ring features ‘Team of the 90’, a slogan won by the Atlanta Braves in the 1990s. A commissioner’s trophy was featured on the bottom of the band,

Player side of the ring

On this side of the ring, each player name is featured with the Braves name on the bottom of the band.

What is your thought on how much is a 1995 World Series ring worth?

If you are looking for a replica 1995 World Series ring, check out buychampionrings.com, they offer a great collection of championship rings for sale at the cheapest price.