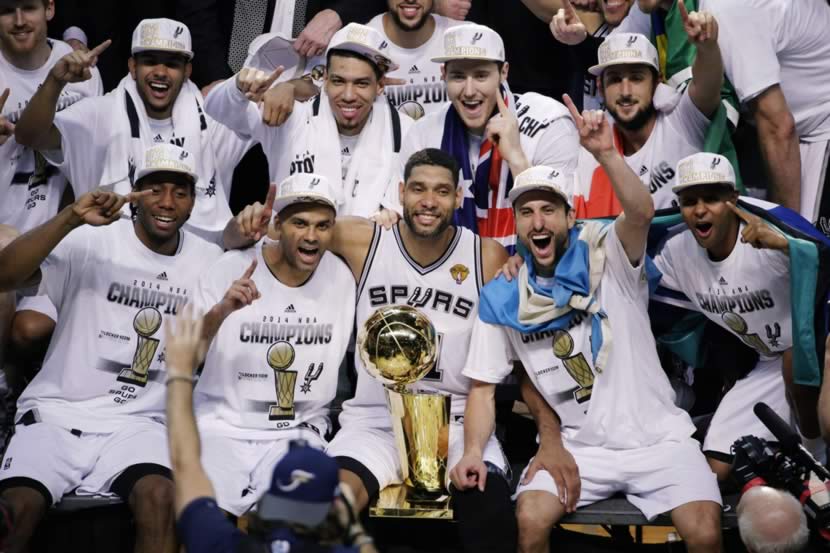 Tim Duncan was one of the finest NBA players of his generation. The American basketball player spent his entire career at San Antonio Spurs and now serves as the team’s assistant coach. Tim Duncan made his Spurs debut in 1996 and was part of the franchise till 201 before retiring from the sport. Let’s take a look at how many rings does Tim Duncan have and the Tim Duncan stats.

How many NBA Championship rings does Tim Duncan have? Tim Duncan stats for San Antonio Spurs

Tim Duncan has won five NBA Championships in his 19-year playing career with the San Antonio Spurs. The power forward lifted his first NBA title in 1999, before picking three in the in a five-year span from 2003 to 2007 and a final one in 2014. Tim Duncan recorded a total of 26,496 points at an average 19 points per game, with a further 15,091 rebounds (10.8 per game) and 4,225 (3.0 per game) assists. His jersey No.21 was retired by San Antonio Spurs and he became only the eighth player in the history of the team to have their jersey retired.

Also Read: Michael Jordan and His six Championships with the Chicago Bulls

How many NBA Championship rings does Tim Duncan have? Tim Duncan stats and honours

In addition to being a five-time NBA champion, Tim Duncan has been named NBA finals MVP thrice while has also featured in the NBA All-Star games 15 times. Tim Duncan burst onto the scene and won the NBA Rookie of the Year in 1988. Duncan was named the NBA’s Most Valuable player for 2002 and 2003 and was also the 2000 NBA All-Star Game MVP. The Spurs legend won the NBA teammate of the year in 2015, while was named the USA Basketball Male Athlete of the Year and Sports Illustrated Sportsman of the Year in 2003. Tim Duncan was part of the American team which won the Bronze at the 2004 Olympic Games in Athens.

How many NBA Championship rings does Tim Duncan have? What does the San Antonio Spurs legend do now?

Tim Duncan announced his retirement in 2016. The San Antonio Spurs legend was then appointed as assistant head coach under coach Gregg Popovich. Tim Duncan acted as head coach on March 3, 2020, leading the Spurs to a 104–103 comeback win over the Charlotte Hornets, after Popovich missed the game due to personal reasons. Duncan opened the vehicle customization BlackJack Speed Shop in San Antonio, Texas, located near the San Antonio Spurs practice facility in 2013. In August 2017, the Tim Duncan Foundation along with the BlackJackSpeed Shop organised urgently needed supplies for victims of Hurricane Harvey.

Also Read: How Many NBA Chmapionship Rings Does Kobe Bryant Has?

How many NBA Championship rings does Tim Duncan have? Tim Duncan Legacy and NBA hall of fame

Tim Duncan is one of the eight players to have their jersey number tried by the San Antonio Spurs. Duncan, who spent his 19-year career at the AT&T Center. The Spurs legend will be inducted into the NBA hall of fame on August 29, along with fellow legends Kobe Bryant and Kevin Garnett. Speaking to ESPN after being named as an NBA hall of fame inductee, Tim Duncan said that is ould mean the end of his journey and said that to call his career a dream come true would be an understatement. He added that he loved the game and enjoyed it and is honoured to be part of the NBA Hall of Fame along with the Class of 2020.

If you are interested in getting a NBA Championship Ring for your collection, you may go to Buychampionrings.