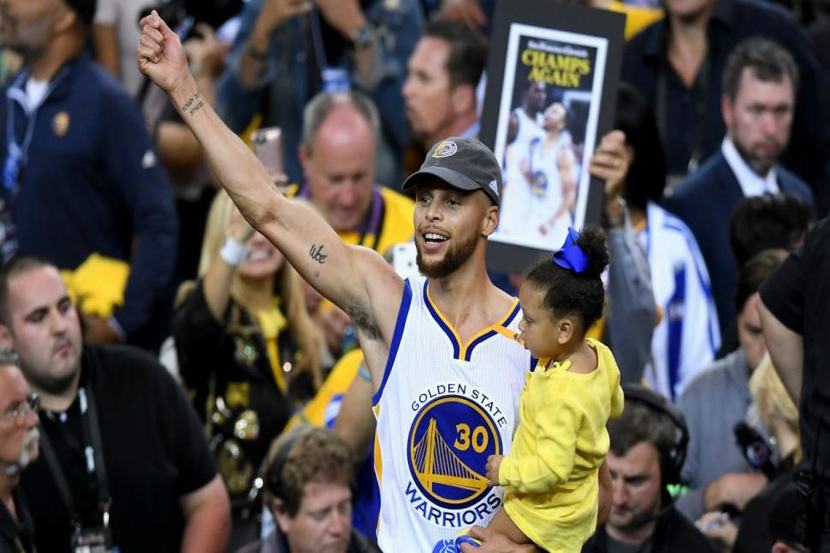 Heres a quick overview of how many NBA championship rings Stephen Curry have.

It is a tradition in NBA that every NBA champion team and its members are felicitated with a ring. The ring provided is commonly called the ‘Championship Ring.’ For every NBA player, getting a ring is a dream come true. In other words, it is the ultimate symbol of being an NBA champion.

Curry won the NBA championship in 2015, 2017, and 2018, respectively. Notably, Curry won the rings with the help of Klay Thompson, Kevin Durant, and Draymond Green.

In 2015, the Warriors and Curry played the 2015 NBA Finals against the Cleveland Cavaliers. It was a tough Finals series for Curry but ultimately, he emerged victorious, winning his first NBA championship ring. On the other hand, the Warriors won their first NBA Championship since 1975.

In 2017, Curry again faced the Cleveland Cavaliers in the 2017 NBA Finals. However, the 2017 Finals was a smooth sail for the Warriors and Curry. The Warriors defeated the Cavaliers in five games and Curry acquired his second NBA championship ring.

What is the NBA finals record of Stephen Curry?

Curry has been playing in the NBA for 12 seasons. Notably, all his twelve seasons are with the Golden State Warriors. He is a major player for the Warriors and some experts even suggest that Curry has started the famous Warriors dynasty. Under Curry’s efficient leadership, today Warriors are a dominating force in the NBA and a major title contender.

Undoubtedly, Curry is a great basketball player but he has only 5 appearances in the NBA Finals in his career of twelve years. However, his success rate of winning the Finals is much better than many basketball greats.

Curry has lost two NBA Finals, first in 2016 (against the Cleveland Cavaliers) and second in 2019 (against the Toronto Raptors).

Is Stephen Curry the greatest shooter in NBA history?

Curry has well established himself in the basketball fraternity all around the world. In the NBA, Curry is one of the greatest point guards to ever play the game. He has so much influence in the game that NBA teams nowadays have changed their strategies and now rely more on shooting. This shooting trend was started by Curry.

Buychampionrings has a full collection of championship rings for sale, check out there store.

A two-time NBA MVP, Curry is currently second in all-time made three-pointers in NBA history. These records are enough to solidify Curry’s legacy as the greatest shooter ever in NBA history.

How Many Rings？Golden State Warriors

How many NBA Championship rings does Tim Duncan have?

How Many NBA Chmapionship Rings Does Kobe Bryant Has?