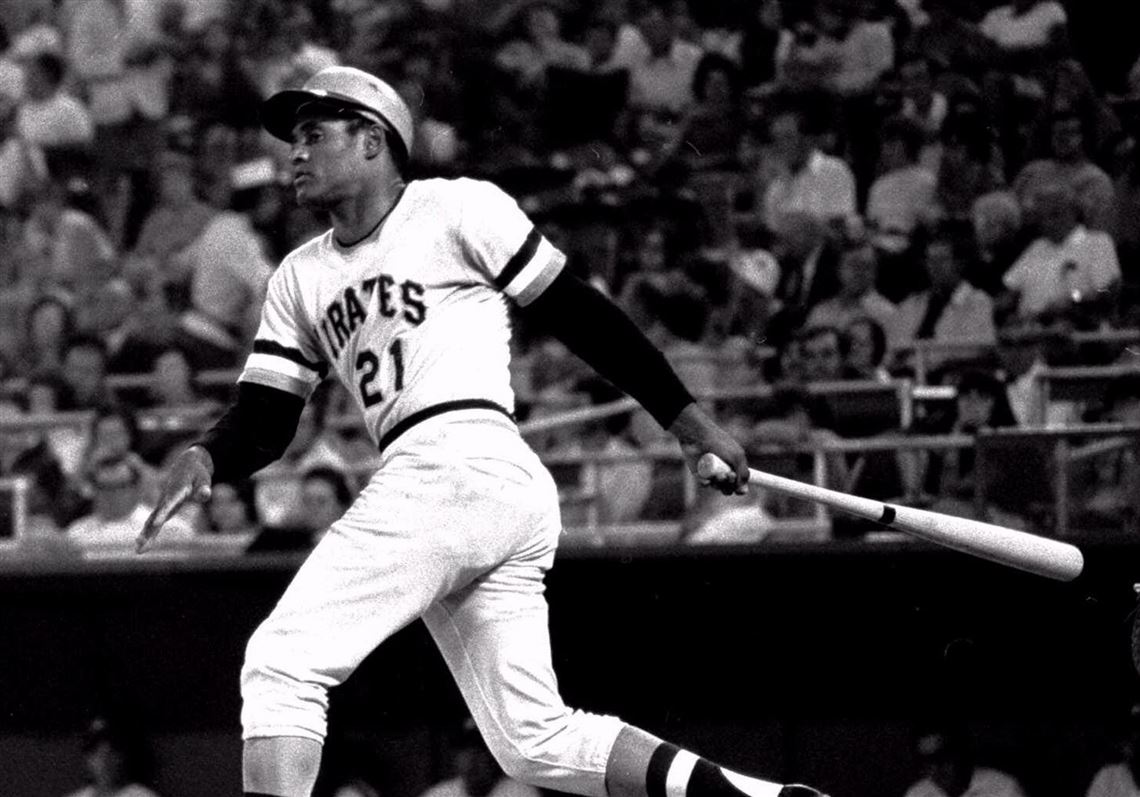 The 20,000 fans in attendance at Forbes Field in Pittsburgh 57 years ago today likely didn’t know how much baseball history they would be witness to.

During the first game of a double-header against the Brooklyn Dodgers, right fielder Roberto Clemente took the field for the first time, kicking off a storied career that he spent entirely in a Pirates uniform.

That career was tragically cut short, however, when Clemente was killed on New Year’s Eve 1972 during a flight to deliver aid packages from his native Puerto Rico to earthquake-ravaged Nicaragua.

In honor of Clemente’s professional debut, here are 21 facts about his life and baseball legacy that you might not have known:

2. Clemente rode the bench during his first year as a teenager with the Santurce Cangrejeros (“Crabbers”) in the Puerto Rico Baseball League. By the next year, he was a starter and the team’s leadoff hitter.

3. The Brooklyn Dodgers signed Clemente in 1952 to its Triple-A team in Montreal with a $10,000 bonus, but he was used as a bench player. An MLB rule stated that any player given a bonus of more than $4,000 had to be on a major league roster for his entire first season or be eligible for the annual rookie draft, and the Pittsburgh Pirates selected him first overall in 1954.

4. During his first professional game (ironically against the Dodgers), Clemente went 1-for-4 and scored a run. He hit 2-for-4 with a double and a run in the second game, but the Bucs lost both games by scores of 10-3 and 3-2, respectively.

5. Pirates center fielder Earl Smith wore No. 21 until he parted ways with the team in April 1955. Clemente wore No. 13 until then.

6. He was in a car accident during his rookie season and missed several games due to a lower back injury. Clemente played in 124 games and finished the season with a .255 average.

8. Clemente enlisted in the U.S. Marine Corps Reserve after the 1958 season and spent six months on active duty at Parris Island, South Carolina and Camp LeJeune, North Carolina. He served until 1964 and was inducted into the Marine Corps Sports Hall of Fame in 2003.

9. Although many media organizations and the Topps baseball card company often referred to him as “Bob,” Clemente adamantly rejected that name and repeatedly insisted he be called Roberto.

11. Clemente won a Gold Glove award every year from 1961 until his final season in 1972. He shares the record for most Gold Glove awards by outfielders (12) with Willie Mays.

14. Nearly as well-known for his humanitarian efforts as his baseball career, Clemente sent shipments of aid to Nicaragua after an earthquake ravaged the country in late 1972. Clemente decided to accompany the packages when he learned that three previous shipments had been diverted by corrupt Somoza government officials.

15. The four-engine DC-7 plane he chartered for a flight on New Year’s Eve reportedly had a history of mechanical problems and was overloaded by 4,200 pounds. The plane crashed in the Atlantic Ocean immediately after takeoff from the coast of Isla Verde. Four others were killed.

16. Clemente’s teammate Manny Sanguillen was the only Pirate not to attend the memorial service. That’s because he instead traveled to Puerto Rico to dive into the waters where the plane crashed in an effort to recover Clemente’s body—which was never found.

17. At the time of his death, Clemente and Bill Mazeroski were the only remaining Pirates from the 1960 World Champion team.

18. Clemente was posthumously awarded a Congressional Gold Medal of Honor in 1973. It’s one of many honors bestowed on the outfielder for his humanitarian efforts following his death.

19. Clemente was the first and only Hall of Fame member for whom the mandatory five-year waiting period was waived. He was elected posthumously in 1973.

20. His plaque at the Baseball Hall of Fame in Cooperstown, New York, read “Roberto Walker Clemente”—incorrectly placing his mother’s maiden name before his father’s surname until 2000, when it was recast to express his name in the proper Hispanic format.

21. When Pittsburgh’s PNC Park was being built, there were talks of naming it after Clemente. But the naming rights went to local PNC Financial Services and the nearby Sixth Street Bridge leading to the stadium was named after him instead. The right field wall at PNC Park is 21-feet high in honor of Clemente’s normal fielding position and uniform number.