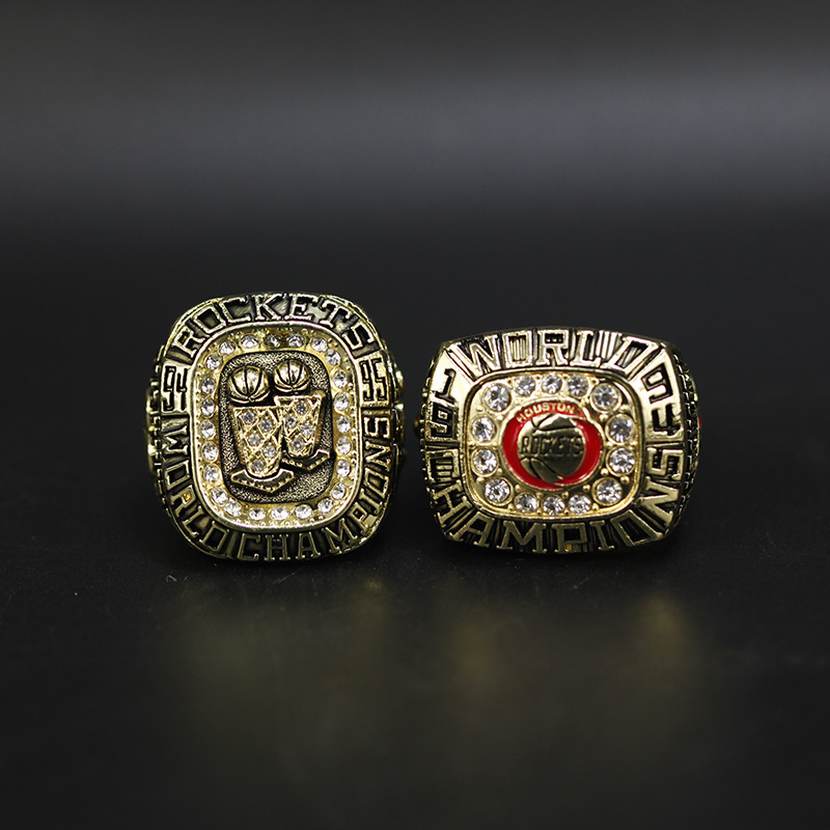 Furthermore, Rockets earned themselves a nickname from ‘Choke City’ to ‘Clutch City’. This name became part of the Rockets permanently.

However, the Houston Rocket struggled in first half of the 1994 season before trading in Clyde Drexler from the Portland Trail Blazers.

Entering the playoff with only 47 regular season wins, positioned themselves sixth in the Western Conference.

In addition, the Rockets defeating Western Conference top 3 seeds Utah Jazz, Phoenix Suns and San Antonio Spurs to earn themselves a spot in the NBA Finals.

Later, winning the NBA Finals earning themselves their nickname ‘Clutch City’ also being the first NBA team to win the NBA Finals as a sixth conference seed.

Hakeem Olajuwon was named the NBA Finals MVP twice, the only NBA player to win this honor back-to-back after Michael Jordan.

Do the Houston Rockets have a ring winning the 1994 Finals?

This 1994 Houston Rockets NBA Championship Ring was awarded to the Rockets players and staff after defeating the New York Knicks 4-3 in the 1994 NBA Finals with Hakeem Olajuwon named the NBA Finals MVP.

It was the first NBA Championship Ring won by the franchise. Front of the ring features a Houston Rocket name with diamonds surrounding it. With words World Champions and the championship year surrounding the shank.

Furthermore, the nickname ‘Clutch City’ is featured on the side of the band symbolising the epic 0-2 comeback from the deficit against the Pheonix Suns.

Lastly, Hakeem Olajuwon also won the Defensive player of the year award on top on if NBA Finals MVP award.

On the front of the championship ring, it features two NBA trophy symbolizing the second franchise victory.

With the player’s name featured on the player side of the ring and words ’Believe it Again’ on the bottom of the shank to symbolise the dominance of the team led by Clyde Drexler and Hakeem Olajuwon.