Rated 5.00 out of 5 based on 3 customer ratings
(3 customer reviews)
Availability:

Kawhi Leanard was named the Most Valuable Player. The fifth and the last NBA Championship Ring won by the franchise.

Front of the 2014 NBA Championship Ring

On the front of the ring, it features the San Antonio Spurs Logo on top of a Larry O’Brien Trophy made of natual diamonds. With plenty of Pave diamonds set of the background, creating an extreme brilliance from all all direction.

‘Pound the Rock’ was visualized on this side of the ring.

Furthermore, with 5 diamonds branching out from the hammer, symbolizing all five of the San Antonio Spurs franchise championship.

Tim Duncan’s name was featured on this side of the ring, together with NBA logo in the center. 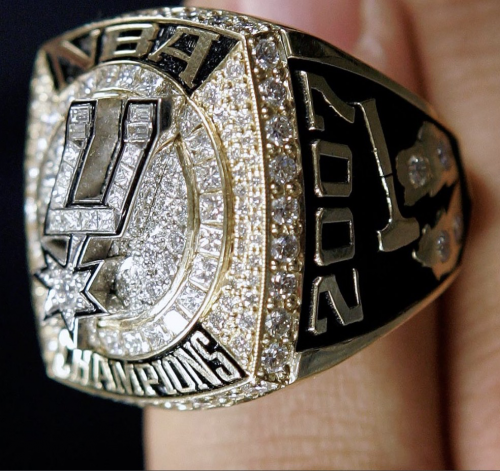 Sarah Taylor
Rated 5 out of 5
Beautiful ring. Looks like the real thing. Everyone is amazed. 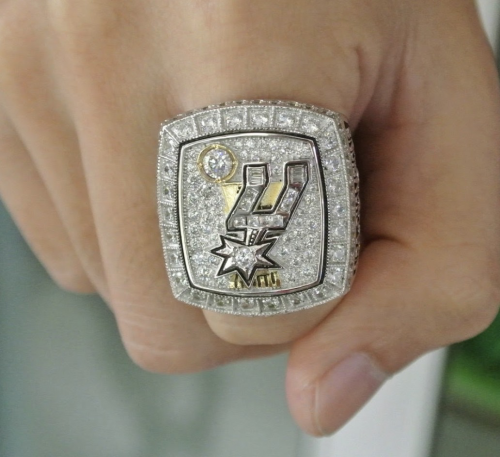 Cecilia Sara
Rated 5 out of 5
Great item to have if you are a Spur fan. Love the rings and happy to have them. The ring box they came with for display has met more than my expectations.
Amanda Schnell
Rated 5 out of 5
Loved it! Super quick shipping